Who are the gods ? / tanrılar kimdir?

In order to refresh your memory and for back ground information about the Hostile(s) and other beings of the nervous realm and its disastrous implications to man kind, please check the key posts: ‘Immortality recovered by the restoration of the body of Glory.’ and its immediate follow up, ‘ Practical Advices‘.

The Cosmic Tradition is making a very clear separation between God (the One and Unique, the Formless) and the gods, shallow impostors and ever hungry parasites, deceiving us of our Royal Heritage, as crown of the Creation. The Cosmic Tradition claims that God, in his universal scheme is order, oneness and ever-flowing love and mercy, unlike the cheating gods, rebellious, chaotic, pale and tragic imitators; tragic, for mankind that is…

This post takes on the description of ‘who are the gods?’. It comes from the unpublished Cosmic typescript ‘ MAVB’s studies’ coming from our library, written by Max and Alma Theon and now being translated into English. It is simply horrifying, in a gurdjieffian’s sense of the’ Terror of the Situation’ (see ‘Belzeebub’s Tales’, chapter 26) and it invites us to a healthy and serious questioning and revisiting of our history and our relationship towards organized religions…Here’s why: 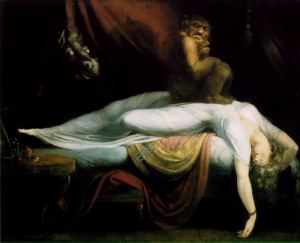 “ …The gods are beings, or also a part or parts of beings, dwelling in the spheres of the nervous body or the soul, and to which one of the beings of the more material inferior realm, the one of the body, have affinities. Therefore, that these gods are able, under certain conditions, to communicate with the humans through their conscious or un-conscious help. Out side of this ‘help’, the gods are for Man as if they did not exist, as it is that they cannot come to the threshold of his senses.

Communication with these beings or parts of beings is completely independent from truth and error, of order and confusion. For such communication, it is just needed to find on the lands those humans to which they have sufficient affinities to be able to influence them, so that they can use their voices or their writings; some humans of a higher level, will be able to hear them, and from their own free will, declare to their kind what they have heard.

Once these beings or parts of beings succeeded in communicating with Man, their success, more or less big, depends on their own intelligence and their own power and also of the terrestrial being that has become the conscious or un-conscious mean of those communications, signs or marvels. For their intelligence, the intelligence of the terrestrial being is the only thing needed; for their power and its manifestation, an aura of materialization is necessary, as they are themselves out of reach of the senses of Man, and they can, thus being ‘aurified’, achieved this, according to their knowledge and strengths, and execute signs and visible marvels.

In such communications, the gods are completely dependent of Man, and outside of this medium, they don’t exist for him, but the terrestrial beings to which they are in affinities are completely independent of them because even though they manifest the intelligence and the strength of the gods, willingly and consciously, they can at all moment cease to do so; and no gods can obtain influence on a terrestrial being in order to force him to abide, consciously or un-consciously unless such a terrestrial being get into relation with him. However, in case of illness of the mind or the body and the weakness that results of it, some terrestrial beings may temporarily being influenced, if they are deprived of care and protection of their others fellow human beings.

As soon as a god is revealed in this manner, the mentality of those who, being the firsts, are taking him into consideration and then the mentality of those to which he declares his will, his laws and his might, who believe in him, worship him, obey him more or less, strengthen him, so that he doesn’t depend like at the beginning on one sole intelligence or on one materializing aura, but on several.

In the same way, you, O dear Amen Horus, have the conception of building the temple of the temples, cannot convey it to your people only but through stone, wood, metals, precious gems and beautiful tapestries, that are, all, the materialization of your mental conception.

Therefore, all gods and hierarchies- of which the glory, the might and the wealth is accumulating or decreasing in proportion of the worship they are being given are jealous one of each other. Each one desires to gain from Man the supreme worship, as its existence on Earth depends completely on him. In this matter, when Man will universally cease to worship any god, let him be the greatest in might and wisdom, this god could not do anything, not even get revenge from those who will make a mockery, a laughing matter, an abomination of his very name, if somehow, its very own memory does remain…

The gods are the universal, primordial, and most powerful reason for the division, for the contention, for the confusion and the hatred amongst humans and the more a god is of a higher, wiser and mighty order, the more violent is the jealousy of the other gods and the hierarchical helpers, jealousy that takes its root in fear.

Therefore, everything with the gods are alike the governors or the kings of the Earth, with the only difference in the duration that exist between the life of the body and that of the nervous body and the soul. Alike a governor, a king or those of his race, rule as long as he is supported by his fellow men and will fall into decadence when he is abandoned by them, the same is true for the gods.”

Then, I, Amen Horus, felt deeply afflicted and told to myself: Is there then any god of the Truth? Any to whom I will raise the temple of the temples? Anything bigger than my self to whom give my obedience and my worship? My pain was followed by a feeling of isolation as it was for me like the earth on which I was standing was shaking et cease to support me. I brushed away these troubling thoughts and continued to write, as the voice was not paying attention to me and was keeping speaking.

“ Even though, wiser and mightier that these beings or parts of beings called gods may be, their wisdom and their might are limited by the latent and active ones of the terrestrial beings that are the one and only mean of communication with Man. These intermediaries are composed in greater part of their entourage, so that the god’s manifestation has always been following Man’s evolution who with it evolution simply exceeded the ancient traditions of the gods, finding imperfect what his lesser evolved ancestors may have found perfect, unjust and without mercy what they found just and merciful, full of tangible errors what was for them truth, insane what was wise, natural what was supernatural.

It implies then, without discussion, that the manifestation of the gods is depending on the evolution of Man. And the gods who have manifested on Earth, with the help of Man, are of two natures: Those in favor and those against the restitution of man (into his rightful position and status in the Universe).

They differ from one other, as early as their first manifestation because, searching naturally the terrestrial beings to which they are the most in affinities, their intermediaries also differ like they differ themselves.

But as soon as their cult or worship has been established and that they are surrounded by a hierarchy, they find and develop their own  Oracle or their own AYASHA and, by the mean of this oracle, proclaim the will of the god.

These Ayashas can be for or against the restitution of Man. The can be the intermediary of gods directly opposed to the Light they are supposed to manifest. Further more, the hierarchy, almighty, introduce rather frequently in the temple an oracle that has nothing in common with an Ayasha, but simply a woman of a lethal, morbid and unnatural nature.

The induce in her, by the mean of vapors, substances and drugs or by suggestion a kind of delirium or frenzy and her low voice mumbling or her delirious extravagant words are being ‘interpreted’ to the people according to their will, that is to say, according to the meaning that will best serve their goals. Hence confusion and chaos find their origin, their source in the very own hierarchy that is supposed to be the holder of the divine order.

In the realm of the not yet evolved intellectual mentality but in order, the gods are unknown; there where there is no disorder they cannot at any time manifest themselves.

Everything that is abnormal, that is to say un-natural is of the greatest disorder.”

Once again, I, Amen Horus, I was troubled and said: ‘ We have always declared that every division is imperfection. However, it has always been like that that the inferior lands (sic, realms) were separated and cut from all the other state (realms) of being.’ But the voice which was coming from within the water was speaking as if it was not hearing my words, although it did answer them by saying:

“ In the state (realm) of the intellectual mentality, this union that is order, in opposition to the division that is disorder, is the main and immutable purpose that tends every thing that exist, without straying, and it is for this reason that the gods are unknown there, because even a though would strengthen them and that these gods-may they be for or against the restitution of Man-are the immediate and most powerful cause of the confusion, the chaos, the un-naturalism and consequently of the division.

Because the knowledge of the gods is incompatible with Man’s knowledge. The god’s manifestation is Man’s isolation. Their exaltation is his humiliation, their wisdom his folly, their might his weakness, their rule his yoke, their life, his death.

All the gods, intrinsically, whether good or bad, are towards Man parasites that persistently weaken and soon or later destroy the very ones that they feed on the lives.

Through Man, the gods reached the Earth and through the gods death has set in. It is by the very Man that the gods must be banished from Earth and then, death would cease to exist, because the actual mortal part of Man, once in order again- a state of being neither greater or lower than another- will reclaim his right to immortality.

The banishing, without possibility of return, of all the gods is the absolutely essential clearing and there is no other way to reach again the firm rock of Order only on which may be layed the foundational stone of Truth.”

‘About the Passives, and the essential and complementary role of woman in the Universe‘.

1. Man, with a capital letter, is taken in the sense of humanity, man and woman. I will prefer using humans, human beings.

4: Passivity: State of receptivity and mode of repose, meditation, contemplation and trance in which the feminine elemement is prevalent. Mostly, the spiritual role of woman.

5. Amen Horus : Egyptian King to which the Aquatic immortal passive MAVB is revealing the truth about the gods and the role of women, the passives,  as essential and complementary to the actives, Men, and their joint duty towards the universe.

6. the Aura – the aura is an atmosphere which proceeds from a person which it envelops. It is a trace of the body of glory casted off by the hostile.

This entry was posted in Spiritüel Ustalar / Spiritual Masters. Bookmark the permalink.

3 Responses to Who are the gods ? / tanrılar kimdir?