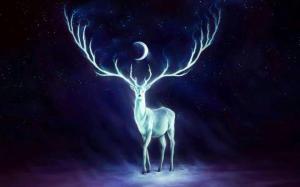 Dear Friends, we continue here our sharing of Fernando Pessoa’s esoteric writings with the first of a probable two or three more posts serie dedicated to his views on Initiation.

Kabbalas are legion, and i am at loss to believe that it is impossible to reach the union with God-if this expression has any meaning-unless we know the ‘Hebrew alphabet’.

These errors are common to all these paths, and the gnostic path is not more exempt than any other, let it be  mystical or magical.

I can live without ascetism but not without truth, and i refuse to believe that God will not manifest himself  if i am not able to sit still for five hours or to breathe naturally at will with one or the other nostril.

There is three types of initiation, symbolic or external, intellectual (the outer internal) and vital (internal). In the symbolic initiations, that strengthen the will and are leading as an outcome towards magic, the candidate doesn’t go through phases of comprehension, but intuitive phases, so to say; he constantly stands on the surface, clinging to the appearance of things, and even if he succeeds in reaching the highest degree of an order or of all the orders he walks through, this highest degree doesn’t correspond always (and generally doesn’t correspond) to ‘the-should-be-equivalent’ degree of one of the internal initiations. In the intellectual initiations, that strengthen the intellect and reach, as an achievement, towards mysticism, the candidate go through phases of comprehension, but not phases of life; he may know much, but need not to live what he knows  up to the same level of his knowledge. In the vital initiations, that strengthen the emotion and bear as  a fruit Alchemy, the candidate lives what he feels and knows.

Initiation means in reality that this very visible world where we live in is symbol and shadow, that this life we know through our senses is death and sleep, or so to say, that what we see is all but an illusion. Initiation casts away, gradually, partially, this illusion. It keeps its path secret because most human beings are not prepared to understand it and  would create misunderstanding, havoc and confusion if  it were made available to the general public. It is symbolic because it is not about knowledge but about life, and that man must decipher all by himself what the symbols presents, as he will live their life and will not content himself  just to learn the words that manifest them.

Extracts translated into English from the French edition of ‘ An Essay on Initiation’ in ‘The enchanted Violin ‘, English works of Fernando Pessoa, Christian Bourgois,  1992

2 Responses to ‘On Initiation’ by Fernando Pessoa / İnisiyasyon Üzerine