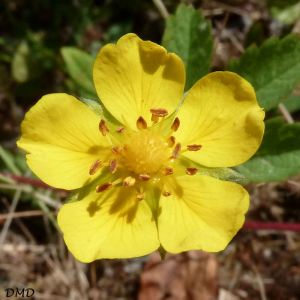 ‘The Meaning of Existence, according to Ashieta Shiemash’

‘To sum up, we begin by asking, ‘what is the meaning and aim of existence?’. Ashieta Shiemash defined it in the Five Strivings of Objective Morality. As Belzeebub relates: ‘ All the beings of this planet then began to work on themselves in order to have in their consciousness this divine function of genuine conscience, and for this purpose, as everywhere in the Universe, they transubstantiated in themselves what are called ‘the being-obligolnian strivings’.

What must we do in order to have in our own consciousness the Divine function of genuine conscience? We must transubstantiate in ourselves the five obligolnian strivings.

‘Satisfying’ here has nothing to do with gratification. We have an obligation to strive to keep the body in health, to satisfy its need as far as we can in order that it shall be a good instrument for our use. That is, to maintain in a state of readiness this body which we have inherited. I have a body. This includes not only the health, but a kind of elasticity, so that the body is ready for the use of the intelligence. While it is necessary to be completely competent in some special field, a special skill obtained at the expense of elasticity is against Objective Morality. Gurdjieff said that in addition to his own special field, in which he was a master, he had worked at forty different crafts. In none of these was he a specialist, but he had two purposes-one, to give his instinctive-moving center the feel-the other to be ready for potential needs in pursuit of his aim. Most people have a feeling of criticism towards the extreme specialist-a vague feeling that the ideal development should be in the direction of wholeness.

This is not to be defined by what we ordinarily know or do, it is a state based on real KNOWING in order to DO. Individual growth consists in the growth of essence, in the achieving of ‘being’-not exterior personality. What sort of being am I? We know when we have made ‘being-effort’. To be in a state of constant activity is not necessarily ‘being-effort’. A form of being-effort is compelling ourselves to do simple exercises morning and evening, not the usual physical exercises, but those given in groups. Or we can make being-effort by compelling ourselves to overcome physical or emotional inertia and doing a job that the body resents. Being is achieved through conscious efforts, by doing small things voluntary. In the sense life is a gymnasium-or as St. Paul says:’ Running in the great race’. Gurdjieff says that we must always be a little ahead of inclinations, but not to excess, then we become in Gurdjieff’s sense ‘spiritualized’, by which he means ‘spirited’-not spiritual, but endued with life, spirit.

The aim of true philosophy is the understanding of life, and this is not a privilege of the few, it is the function of a normal human being to ask ‘Why?’ We may not be able to give the right answers, but the dignity of man consists in this concern with the questions. In every situation there is material for questioning; with one faculty one is inquiring, while with others one is behaving ordinarily. There is no need to be aloof from life or to be idiosyncratic.

The effort made in pondering the working of the laws of World-Creation and World-Maintenance inevitably stretches the faculties of the mind; the attention, memory, concentration, real imagination increase, not by direct but indirect exercise. After half an hour’s pondering you may have not a word to say; worse, there may be merely an increased realization of ignorance, but according to Socrates: ’The realization of ignorance is the beginning of wisdom’. Gurdjieff says: ‘You will find that the more you realize you don’t know, the more you will understand’.

Generally speaking, all of us are parasites; Gurdjieff constantly uses this expression at the Prieure. Not one of us has discharged his debt to nature. To be alive is a unique miracle-to have the possibility of Being in place of Non-Being. Think of what it has cost Nature in the preparation of planetary conditions, the long periods of experiment perhaps, so that, in addition to serving her, we might become Sons of the Father. And in return, what do we do? We behave in the family of Nature like self-indulgent children whose only object is to enjoy ourselves. If you will not only ponder seriously for half an hour on the way we exploit natural resources, land, forests, and animals, for the gratification of abnormal desires, you cannot help but be appalled. Emerson said: ‘Earn your living’-earn the right to live. ‘It is sometimes astonishing that Nature permits the members of the human race to continue their existence, and does not render them harmless or discontinues the human species as she has done with other species.

We must discriminate between gratifying the weaknesses of others in order to obtain their good opinion of ourselves, and helping them to become what they wish to be. But we can only become ‘hard’ on others when we have learnt to be ‘doubly hard’ on ourselves. The one real service we can render to others is a service that will help them discharge their functions as human beings.

There is a key here of what is sometimes called Gurdjieff’s ruthless behavior to others. He is completely indifferent to what others think of him. When he has humiliated you before others, called you offensive names, treated you ‘ abominably’, then, a week after, or perhaps a month or a year, there will come to you a feeling of gratitude to him and an awareness of increased inner strength.

The Five Strivings of Objective Morality contain the essence of the Gurdjieff Method.But before we are able to strive in the right way, we must understand the meaning of conscious labor and voluntary suffering, for on these two basic principles-Being-Partkdold-duty and the Strivings-hang all the law and prophesying of the Gurdjieff system. They form a basic octave, and nothing can be added to or taken away from them.’ 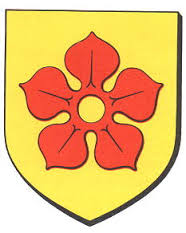 Notes Taken by Charles Stanley Nott from Orage’s commentaries on ‘Belzeebub’s Tales to his Grandson’. From chapter 3 of his book, ‘ Teaching of Gurdjieff ’ by C.S. Nott, Routledge&Kegan Paul-1961, London.

‘The 5 Obligolnian Strivings’ are to be found in chapter 27 of ‘Belzeebub’s Tales to his Grandson’- ‘The organization of Man’s Existence created by the very Saintly Ashiata Shiemash’; page 386 in the common Penguin Arkana edition.