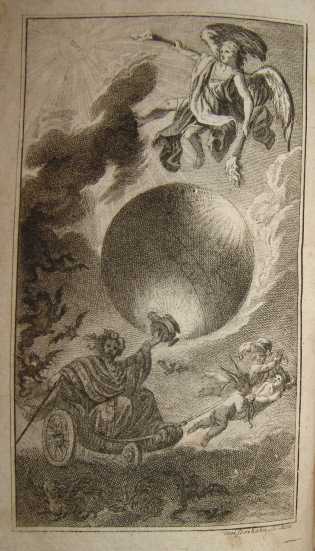 It is awkward to place together two words that are by essence opposite. Spiritual, from the spirit world, materialism from the world of matter. How come we now live the irony of an age where they are used together when centuries past saw endless fights to over-run, to over-power the other competing side, in a mesmerizing pendulum movement?

Spiritual materialism is our present day disease to be found in all aspect of our lives; its imprint is embedded in the core of our very own web of life, affecting us individually and collectively.

It has its source in the Great Divide that marked the end of the Golden Age, and the beginning of the struggle of opposing dualities. It was not a brutal change; it was on the contrary, a slow shutting down of our capacity as human beings to live a life united with our Mother Earth and the Universe as ONE body with its dissimilar and particular function, serving the common through the operation of the particular. We have gradually lost this ability to act as one healthy body, hence living for thousands of years in a disconnected, divisive and binary society where everybody, out of fear, turns against everybody in a lethal competition.

Unity is natural, division is cultural; here the good old ‘Nature vs. Culture’ paradigm that has been the active debate in our society. Is Man naturally good but is spoiled by society’s framing and necessities? Or Man is not naturally good and culture ‘educates’ him to discover the meaning of Good and Evil? We have seen the failure of the latter, as we discover that ‘primitive’ societies, living outcasted by our society, in the fringe of our man-eating, eco-destructive and formative dumbing down society, displaying a wisdom that originates to the origin of Mankind that, if we dare to listen to them, may help us heal and rediscover our original way of life. We discover that the American Indians, the Australian Aborigines, the South American Indians from the Andes or the Amazon Forest, the Pygmies of Africa, the Dogons of the same continent, etc,…All ‘native’ people never lost what we did and this had cost them great hurt, pain and suffering. Even though, we did great harm to them, they are still willing to help us, as forgiveness is the key for a collective redemption and reboot of our society.

Our ‘civilized’ society fears this and recently all around the world, we have witnessed endless abuses against ‘native’ people and the rage against them only made them more powerful. This violence and ruthlessness signals the beginning of the end for those who cling to control us any longer, as they have nothing to give and still fancy to rape our bodies, souls and minds, again and again without being held accountable.

We cannot praise more Robert Augustus Masters’s fine book called ‘Spiritual Bypassing’ who analyses the symptoms of spiritual materialism and provides directions and clues for us to cure ourselves from this very subtle condition. The author has done his research and his homework, have we done ours?

Spiritual materialism is when we claim the spirit world, without building any vertical connection, so we are blocked in the limitless horizontal Sargasses. As most people cannot find true teaching in our modern society that haven’t been ‘doctored’ to render them ‘compatible’ with the current matrix we live enslaved in, the intangible is lowered down to the tangible and we claim it never existed ! Verticality is lowered down to the horizontal level where we claim they are one and no other possibility exists. This pretty much sums up our present gloomy situation, where ‘experts’ sell all kinds of recipes for happiness and at the same time, psycho-somatic diseases are spreading all around the world…As Boulgakov in his masterpiece, ‘The Master and Margarita’, makes one character say this very arrogant declaration: ‘We are the engineers of the soul!’, it is our duty, as human beings, to contradict these soulless agents and stop them telling us who we are, what to do, what clothes to wear, what to eat, what to think, etc…

It is not by following recipes that one will succeed. Spiritual materialism is so embedded in us, that nobody succeeds in following them, but everybody plays the comedy that it worked and that they are ‘madly happy’…

In order to restore a society that leaves behind ‘progress’ for real re-connection with nature as its foundation, we need to address how to get rid of spiritual materialism. We need to train ourselves in rediscovering ‘vertical’ paths that complement our richly explored horizontality. We need to dive again inside of us, to find the cure and the medicine that will liberate us forever of the illusion of separateness. The ‘new frontier’ is not before us, it is inside us. Are we up to the task?

This entry was posted in İlham verici / Inspirational and tagged Spiritual Materialism. Bookmark the permalink.