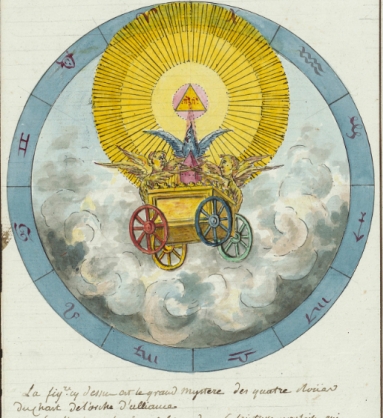 🌿Image from the much neglected ‘François Nicolas Noël’ manuscripts.

‘…The perfect knowledge, in a given path, of the series of subsequent manipulations, doesn’t allow to solve the alchemical enigma. If alchemy would conceal a secret deeper than the others, that could be in its totality be written or in totality be verbalized, it would be for a long time  known by everyone. Everybody would own the Stone. Therefore, it is in vain to try to transmit the practice of it. When the later is known and all its materials identified, the biggest part of the work is still to be done, which is the supernatural arising of the materials and the students altogether into the primal symbolical sea; which is its reinstatement in the heart of the Eternal Witness, the Stone itself. It will then put them to the test but also transcend them.

The more one believes progressing towards a manufacturing secret, a recipe, the more one is fascinated and therefore one is ‘fixed’. The more one believes grasping, touching, the more the result escapes. The fact to veil under symbols the very simple operations of the art, doesn’t stand for a thirst of secrets, but of a necessity: Their symbolization allows to re-unite them to their primal state, into an incipient state.

We always have the tendency to overestimate in a search the importance of the wake state. But, we notice in the alchemical texts the importance of iconography that is inspired by dreams, thus the blossoming of images, symbols and myths.

The second stage of the progress is the symbolization, through which one does need to dissolve the aim to better transcend the apparent immediateness.

“Everything that calculates and measures, erases at a given time the light that emanates spontaneously from nature. Therefore, instead of reaching the real, man has become a technician, dominating and willful, and stepped down, stair by stair, towards the midnight of the world where the gods have fled. Who are those gods? – The Symbols.” René Alleau.

🌿Image from the much neglected ‘François Nicolas Noël’ manuscripts.

One will then need to place contemplation over action so to refine the latter, to dissolve what was coagulated and repeat many times this operation and its opposite, until an indescribable state of being is met. Adept-hood.’ 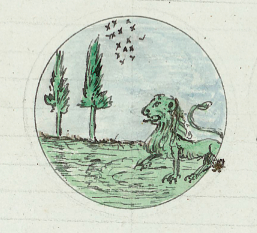 🌿İmage from the much neglected ‘François Nicolas Noël’ manuscripts. 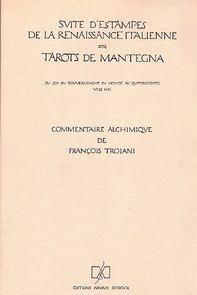