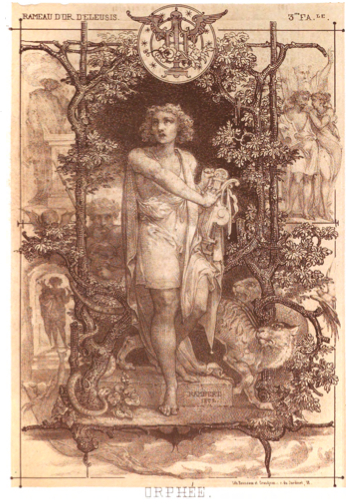 Let us share with you a problem we face when we want to translate a text. Here we are translating from eighteen century French into English. It is from a text quoted by Antoine Court de Gebelin in his ‘ Le Monde Primitif’, from the ‘Orphic Argonautica’. And this is where the problem begins. When comparing Gebelin’s translation from the Greek original with other available translations either in French or in English, none are similar ! This is confusing. We share the Greek fragment that appears in Gebelin’s work so that benevolent specialists may amend our own labor of love, to restore a more faithful version that mirrors the original.

This ‘Orphic Argonautica’ is important, as it conveys many traces of an oral transmission originating from the scattered Orphic communities of the late antiquity, probably Ptolemaic Alexandria. The details given here are not found per se in the mainstream heroic literature, from the works of Hesiod, Homer, Appolonius of Rhodes to name a few. Hence being an alternative source of the underground mythical stream that flows from the origin of the World up to us in our modern days. Pretty much similar to the role of Nonnos of Panopolis’s ‘Dionysiaca’ in controversy summarized centuries of literary myth making, hence closing an era. Both echoes a time when gods and men were living in a common space, from a time when we were not separated and cast away from the life-stream flowing from the primordial Fountain of Life. Blessings, Nalan and Nico. 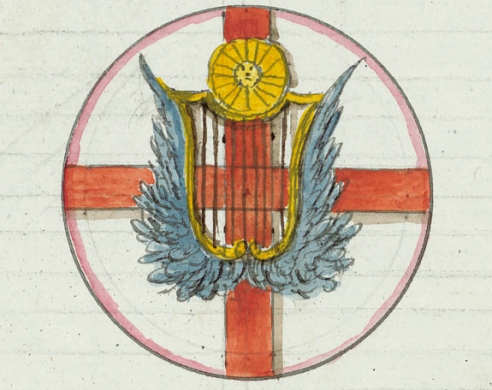 ‘Lyre Solaire’, from the much neglected works of François-Nicolas Noel.

‘Illustrious victor of Python, fearsome archer, god of divination, inheritor of Mount Parnasus of which summit is only accessed by the rays of the sun, I celebrate your valour. Crown my efforts with the most brilliant achievement. Inspire me with your true voice and, that guided by my Muse, I may sing on the lyre things pleasant to the many children of the Earth!’ 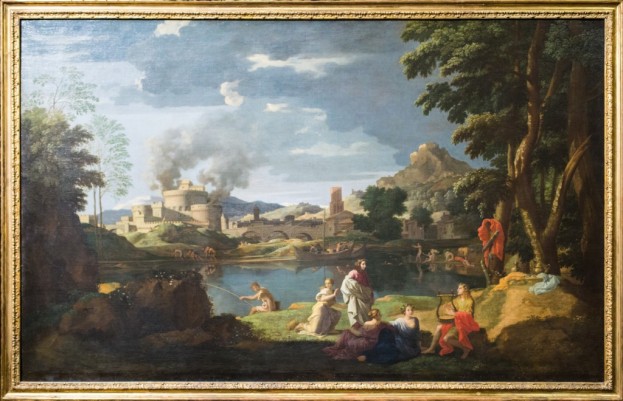 ‘It is to you, (Mousaios), who takes pleasure in the musing of the lyre, that my spirit dictates me to give a song that you will savor:

When agitated by the transporting frenzy of Bacchus and Apollo, i celebrated their fearsome arrows, i instructed how to be spared from them, i transmitted to the initiates the solemn oath;

i sang the ancient chaos that dwells beyond envy, Saturn in his gigantic towers giving birth to the Ether and the dual shining and exalted love of (Eros)Phanes (meaning the one who gives birth to the day), who was the notorious father of Eternal Night, having been the first born;

i sang the mighty BRIMO (the nurturing Earth), the dark actions of the Giants who from heaven exuded a fertile semen of which the human race was born, scattered all over the Earth; the cult of IOU, of the MOTHER that dwells in the mountains, the worries agitating her in Cybele’s slopes about PROSPERPINE, daughter of mighty Saturn;

I also taught you, predictions taken from the flight of birds, the movements of animals and from their guts, how to explain the dreams that we are stricken in the night’s sleep, the interpretations of signs and marvels, the revolutions of the stars, the sacred catharsis source of all happiness and by which we appease the gods and finally the funeral rites to honor the dead.’

of the ‘Orphic Argonautica‘ here

of the ‘Orphic Argonautica‘ here

This entry was posted in Spiritüel Ustalar / Spiritual Masters. Bookmark the permalink.